Motor Action Media Chris, my first question for you is how did you get involved in this industry?

My parents were involved from the beginning, they were at the first dealer meeting and at one of the first races in southern California. I started getting serious [about racing] at 16 with a friend in High School. 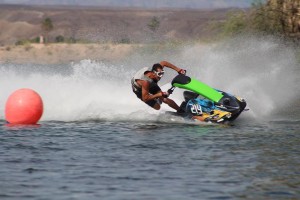 MAM: At what point did you transition from racing to being more involved in the business side of the industry?

In 1997, I was offered a job at Corporate Kawasaki to be a development test rider. It was a great opportunity as I loved to ride and test. So I got to live and work my dream job. a few years later I got to work with Minoru Kanamori to develop the Kawasaki SXR.

MAM: I heard that you helped design the Hydrospace, could you tell me a little more about that?

I was working at Kawasaki and I heard from Chris Macclugage that there was this guy was wanting build a production standup in Europe. So I sent the guy an email and the next day I got a call. It was a big move to leave Kawasaki after 7 years, I had to pack up, sold everything I had in 1 month and moved to Europe. It was exciting, I first flew to Malta and lived there for two months and then to Thailand where I designed the tray and was checking out the molds. Then I was off to Taiwan to meet with Solas, then back to Switzerland to build the first 7 skis. It was an awesome experience, but I was home sick after a year.

MAM: What sets Pro Watercraft Racing apart from other companies?

We specialize with handling on the Standup PWC. My experience proves that if you can make the ski work better for the rider then the rider will evolve to their potential. Currently everyone focuses on the engine and speed, where Prowatercraft has decades of riding and testing standups.

MAM: The Pro Watercraft front sponsons are some of the most popular on the market, could you tell me a little bit about the process in which those were created?

I had been playing with front sponsons since 98, never really found what I liked untill I started working with Kevin Reiterer at the 2012 Kings Cup Thailand. He and I came up with a design that I brought back and evolved a little bit more. These are sponsons designed and made to improve your ability on any standup watercraft, built by the pros for all standup enthusiasts! 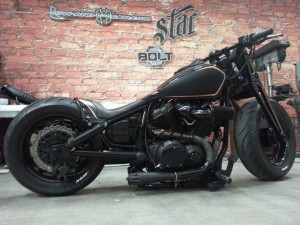 MAM: I know that you also own Low & Mean, could you tell me a little bit about that company, how do you manage both? That’s impressive!!

Low and Mean evolved from a motorcycle I bought in 2004 when I worked at Kawasaki Motor Corp. I started posting pictures on the internet and the demand grew so much that I couldn’t ignore the request. Seriously people were sending me money before I even agreed to send them a part. It was not till 2008 that I decided to get serious and make a business of it. To this day we have 10+ employees and we ship all over the world. In 2007 I started the JR Star Program (now JR Star Racing) and Prowatercraft Racing. I need an avenue to continue to enjoy Standup racing and I wanted to give back to a sport that has given me so much. JR Stars has been great for the industry and community in whole.

MAM: What other innovations might we see from Pro Watercraft in the future?

I will continue to develop products for the current models and I would love to release my personal series one day. I think there’s more to come and I want to help evolve this industry, push the envelope and connect to future riders. We all know how amazing it feels to rip around the buoys and riding, my plan is to expand this sensation and create a lifestyle that sees us as Prowatercraft riders.

MAM: Is there anyone you would like to thank?

For sure my Mom and Dad, they are the heart of our industry, not just my Mom and Dad, but all Moms and Dads that support their kids to ride, race and use our sport to set goals and help their children evolve. Another big thanks to a few names in this industry that continue to support me, or that have been a big influence; Joe Heim, Minoru Kanamori ( my old Kawi family) Gary and Kelly from Jettrim, Ron Lee at Main Jet my first sponsor, Mark Mcqueen my first mentor, Steve Hopf from Ultra Dent, the guy with the thickest skin I know Scott Frazier, my secretary Kimberly List, everyone that has supported JR Star and none the less my beautiful wife Bridget Hagest.