Motor Action Media recaps an intense week of competition at one of the biggest Jet Ski events of the year.

The 2014 World Finals crept upon us quietly. This year had a different atmosphere than any other. The week kicked off with murky, dark skies and rain dampening the usual buzz and excitement of the event. Tense electricity hovered over the amateur racers like a smog. The fire would return as the sun came out on Wednesday, drying out the rain and sparking a wicked ferocity on the racetrack.

The week of Oct. 5 kicked off with JR Stars “Ride With the Pros Day,” organized by the JR Star Organization. Founded by Chris and Bridget Hagest, young racers ages 5-15 had the opportunity to work with professional racers and learn about lifestyle, race strategy and promotions. Racers like Tera Laho, the Motzouris brothers and Mike Klippenstein led groups of kids through various clinics. The most popular clinic among them was the “Social Media and Sponsorships” clinic, sponsored by KMG Racing and presented by  Anna Glennon of Jet Girls Racing, along with Phil Segers, a young racer from Belgium, and Stian Anderson, a talented young racer from Norway. The event saw hundreds of kids, and thousands of dollars worth of donations were raffled off for the kids to enjoy.

The race week ignited with the Amateur and Junior classes. The huge line up in the 10-12 class was a great testament to the growth in our sport. Tallon Chambers, son of Art and Brenda Chambers, and Moe Kanamori, daughter of Minoru and Emi Kanamori both participated in their first World Finals, along with Hannah Hullett and many others. These kids wowed the crowd with their bravery even with the rough waves that rolled in and out throughout the week. 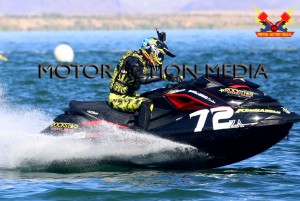 Paloma from Peru would show the boys how it is done in the Novice Runabout Limited class and take the World Title. She would later go on to race the Women’s Runabout class with 2013 champion, Shante Bukes along with Kylie Elmers.
Shante made a massive attack on the first moto, taking a huge lead on the pack. Kylie Elmers was right on the tail of Paloma, who took second. At the end of the week it was Paloma who would take both titles. Shante grabbed the second place podium spot in Women’s Runabout Limited.

The Novice Ladies’ Limited class increased greatly in rider caliber in 2014. While the number of competitors may have been a little lower, the participants did not display a lack of talent. The Swedish team brought nothing but their best to the table, along with many other countries who represented in this class. A mix of Benellis and SX-Rs made for an interesting race. In the end, it was Team Sweden and their S4s that owned the show.

Sandra Borgstom of Sweden took the overall, followed by Angela Vachino, and then Sofie Borgstrom of Sweden rounding out the podium. Anna Glennon came in one point short of the podium, after breaking the tie with Sofie Borgstrom, and was the only American representative in the Top 5. The Novice Ladies class was considered one of the most exciting classes of the week, between Anna Glennon and Sofie Borgstrom swapping positions back and forth, and the overall high caliber of talent displayed by several of the competitors.

The Vintage Ski class was strictly fun at the 2014 World Finals. A variety of old school machines stacked the line up. Mark Gomez took things a little too seriously, but he was the first to lap the field; leg dragging like his life depended on it. Brian Holland, famous for installing at Jettrim, showed up on none other than Dave “Flash” Gordon’s machine and Charlie Sims, the legend himself, gave Gomez a run for his money. Anna Glennon also took part as the only female and the youngest competitor. The crowds laughed as the racers tipped and bobbled, but cheered as they came across the line. Mark Gomez was crowned the World Champion.

As the Amateur classes rounded up, the races moved into the Pro Division. Sixteen-year-old Blake Wicklund has to be commended for his performance at the 2014 World Finals. A rough run in Classic Two-Stroke Limited was redeemed with a Pro Am Lites win. Blake was surprised by his own victory, dominating a class with competition twice his age, with twice the experience. We caught up with the hard charger after his big win,

“Between motos, I stayed focused.” Wicklund continued, “I focused on the holeshot and was very confident that I would take it. I believe that is why I won. I took all three holeshots and went 2-1 overall.”

The Pro Women’s class was another class that was being tossed around in the pits. The return of Tera Laho to the Women’s class was highly-anticipated. Her crushing victory in the heat had everyone talking. But dead engine starts for Emi Kanamori and Tera had them fighting from the back of the pack in Moto One. 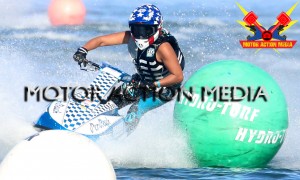 Yukiko Kume had a nasty encounter with the band but commanded the track. Jonna Borgstrom was strong and stayed right behind the leader in that first moto. Laho would not finish the final moto, which would help Kanamori move up in the ranks, but it was Kume who took the overall. The podium would put Jonna in second and Kanamori in third.

James Bushell made a mad return to the Pro Runabout GP class this year. A crushing lead would help him take the overall. His Sea-Doo Centre RXP-X could be heard from across the lake as it roared across the finish line. Moore could not be counted out, as he would move into the second place podium at the end of the week. 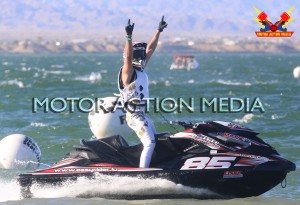 Jean Baptiste Botti made an amazing holeshot in the first Moto of Pro Runabout Open. It looked like Jared Moore would take it, but a collision on the starting sweep would knock him back several places. Bushel stay not far behind Botti the remainder of the race. Winds churned up the lake during Sunday afternoon’s final moto dramatically increasing the challenge. Reeling in the leaders, Botti’s Sea-Doo would surpass the pack with an impressive lead. Ultimately, it was Botti who came home the 2014 World Champion.

A chaotic start mixed up the Pro Ski Open class’ Moto One. Kevin Reiterer moved up to first and maintained a wicked lead. Dustin Motzouris quickly moved upward through the pack and picked racers off one by one. Coming out of the split in 10th, Motz moved back up to second. Klipper was towed off the track early, and came back in later on a different boat. Despite Motz’s epic charge, Reiterer was untouchable. 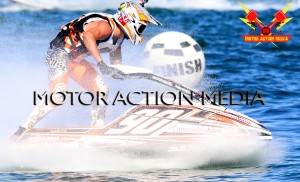 The second moto brought more bad luck to Motz, who battled from a near last place start. A questionable pass by Klipper put a hold on Motz’s charge. Reiterer moved from the middle of the pack to second behind Poret. While Poret gained control in the final moto, leading by half a lap, it was Kevin Reiterer who silently worked his third place position, the overall results giving him the win. A questionable log jump call would rob Dustin Motzouris of a second place finish.

Pro Freestyle was a tough competition. Ties would have to be broken between several positions. Daniel Martin went toe-to-toe with Lee Stone in an epic showing. Stone, clearly fed up with so many incessant backflips becoming the norm, executed countless one-footed backflips before throwing down an amazing Heel-Clicker Backflip on Sunday, bringing the crowd to their feet. The top three are as follows: Jace forest in third, Daniel Martin in second, and Lee Stone was crowned world champion after winning all three rounds. 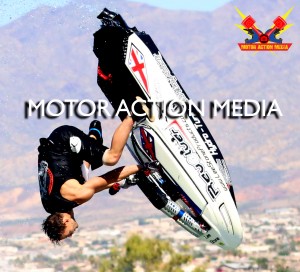 The Macc Racing Flip Off ended the freestyle competition, starting with 2014 Amateur Freestyle World Champion, Eli Kemnitz, who counted off nine backflips and ending with Daniel Martin doing 26. Lee Stone went on to smash the World Record with 36 consecutive backflips, winning the $2,000 from Macc Racing.

Not only did Reiterer take the Pro Ski Open title, he also duked it out with Dustin Motzouris in Pro Ski GP as well. It was back and forth between the pair the entire race. Reiterer would go on to take the overall win. 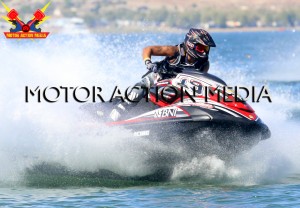 Pro Am Runabout Stock featured a line up stacked with champions: the Aswar brothers, Brian Baldwin, Troy Snyder and Eric Francis. The first moto Aqsa Aswar taking an early lead, and with Aero Aswar, and Eric Francis close behind. Aero would go on to win stock.

The World Finals wasn’t all about the racing this season, as vendor alley was a hot spot. Each booth offered something a little different for everyone. Yamaha and Sea-Doo showed up in a big way, with Kawasaki’s race trailer in its usual spot in the pits and a dealer-sponsored booth towards the Main Gate. Chris Hagest was running three booths, the JR Stars Foundation, Pro Watercraft Racing and also Low and Mean. The Vintage Museum was spear headed by Bob Phares, who diligently worked to fill the booth with vintage beauties. Other companies like Blowsion, Jet Pilot, Riva Racing, Cold Fusion, Rick Roy Products, Jet Lift and Jettribe along with many others. Racers, spectators and die hard fans packed the side walks and grandstands.

It would really be almost impossible to mention all the memories that were made at the 2014 World Finals. From the champions crowned to every smile on a jetski-lovers face, the 2014 World Finals was a success. Vendor alley was packed, the Vintage Museum was thriving and the grandstands were loaded with screaming fans. Many racers now look to the China Open and the King’s Cup of Thailand. Whether or not we see the same champions there is yet to be known, but for now, racers from around the world are headed home from another successful World Finals.

To purchase photos from the IJSBA World Finals, please contact us directly with your name, Race Number and event. 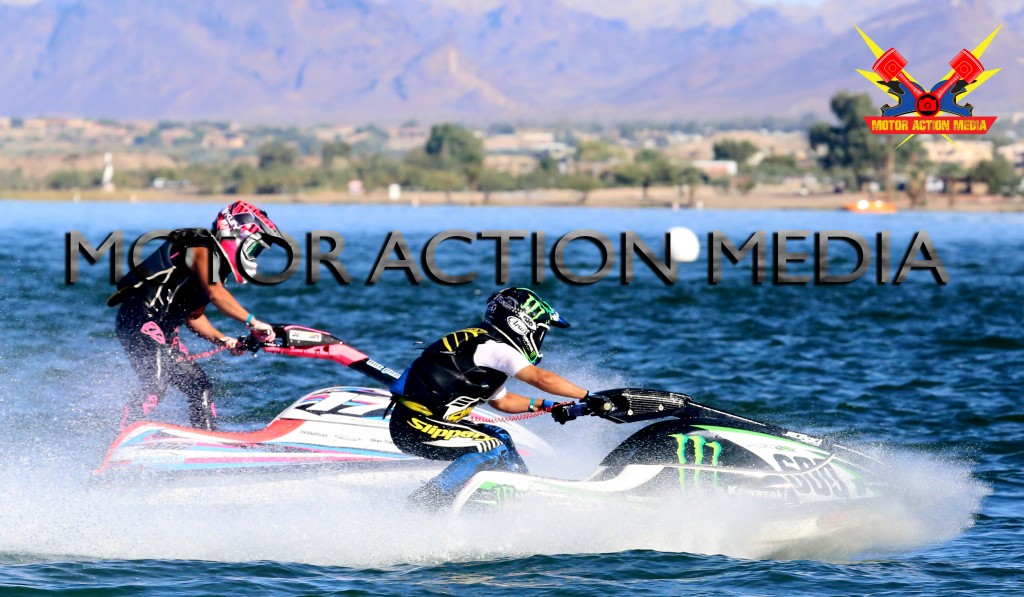 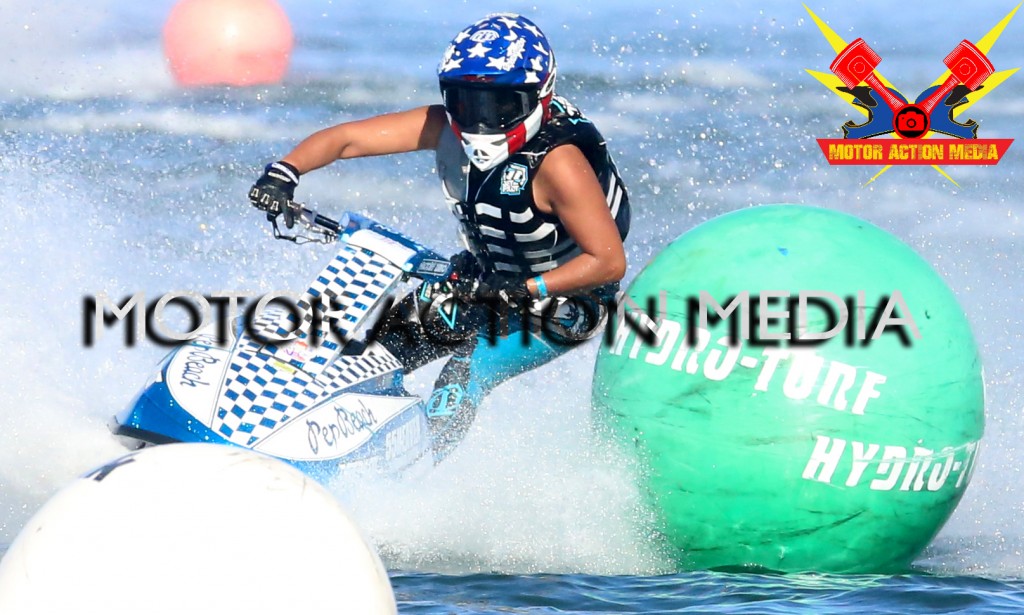 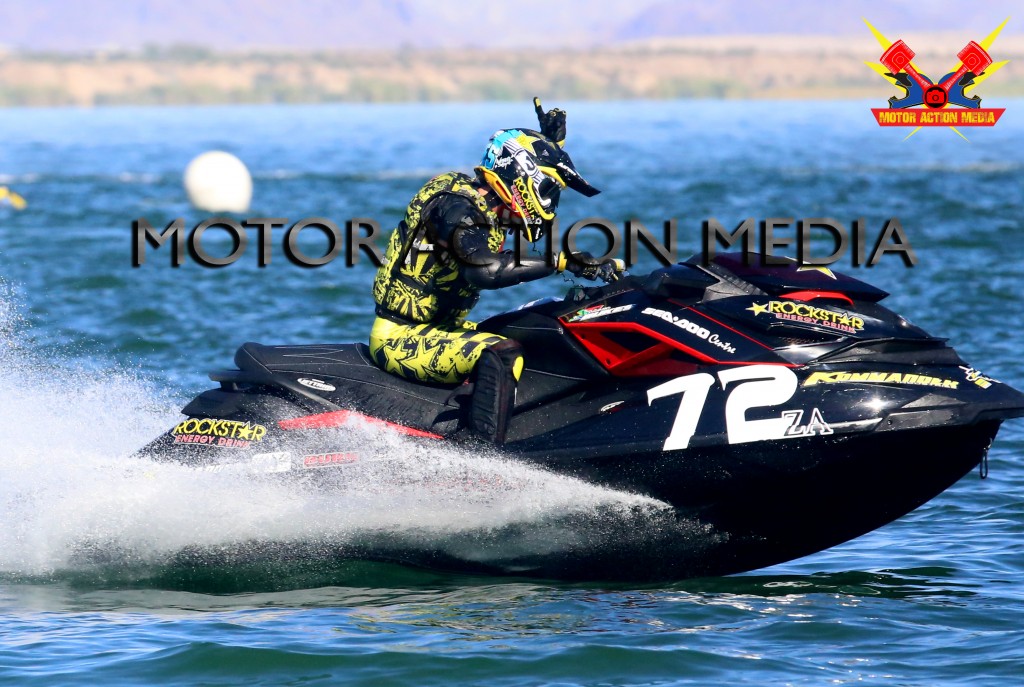 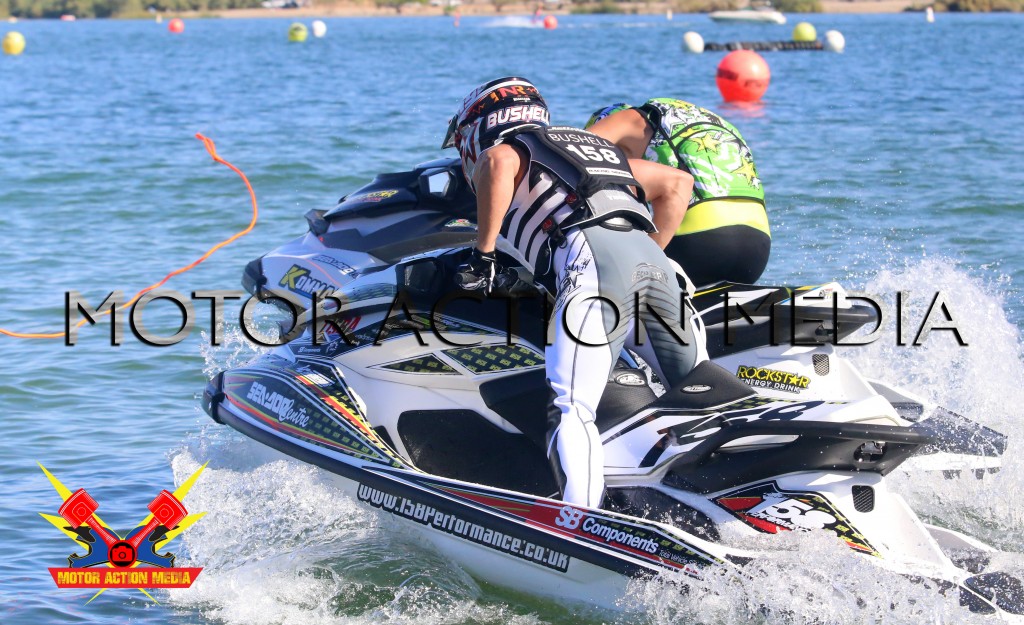 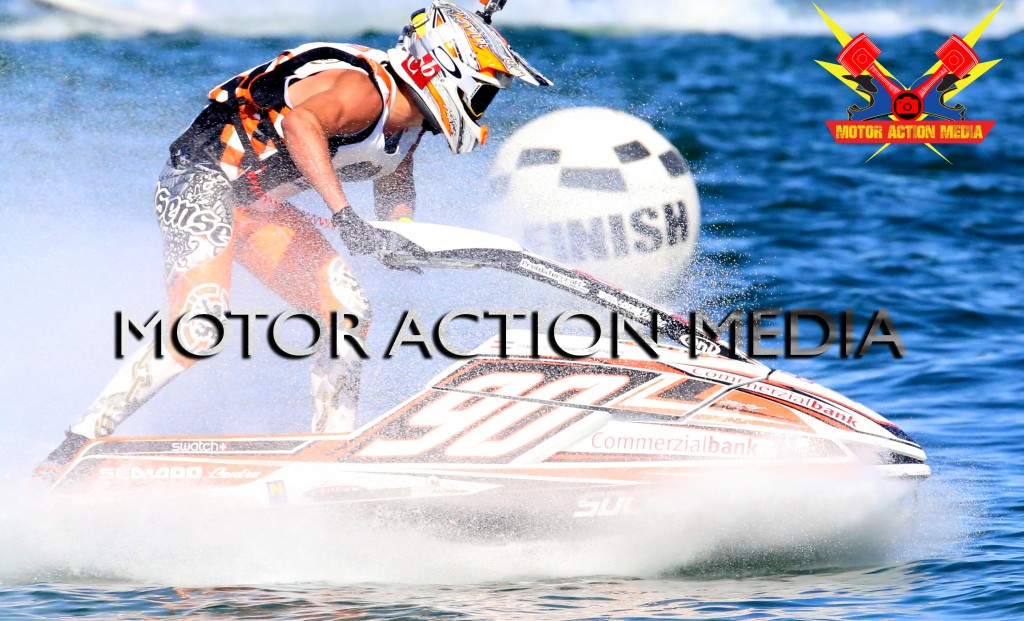 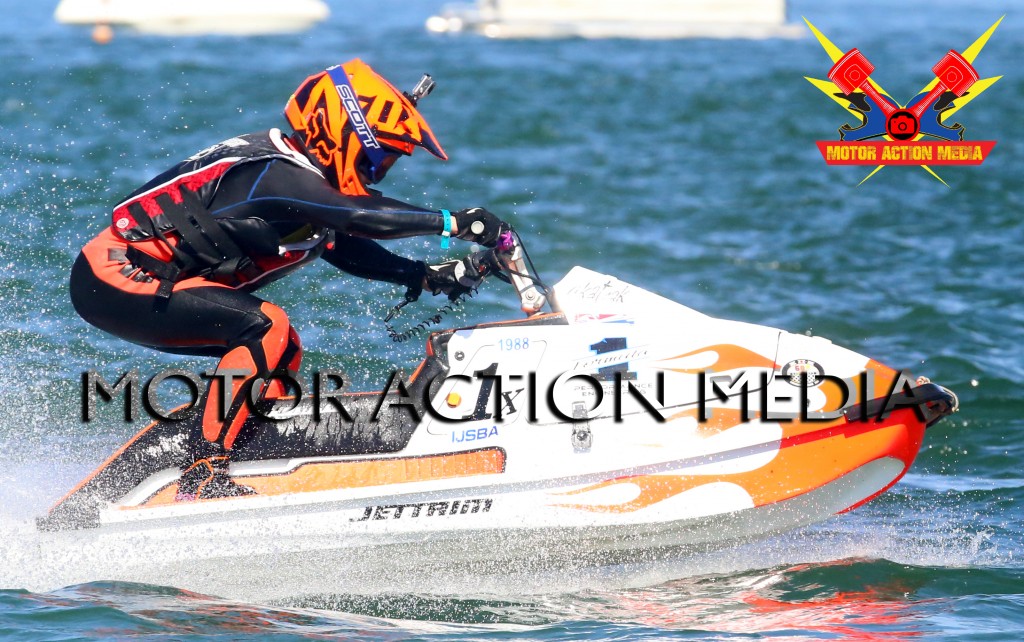 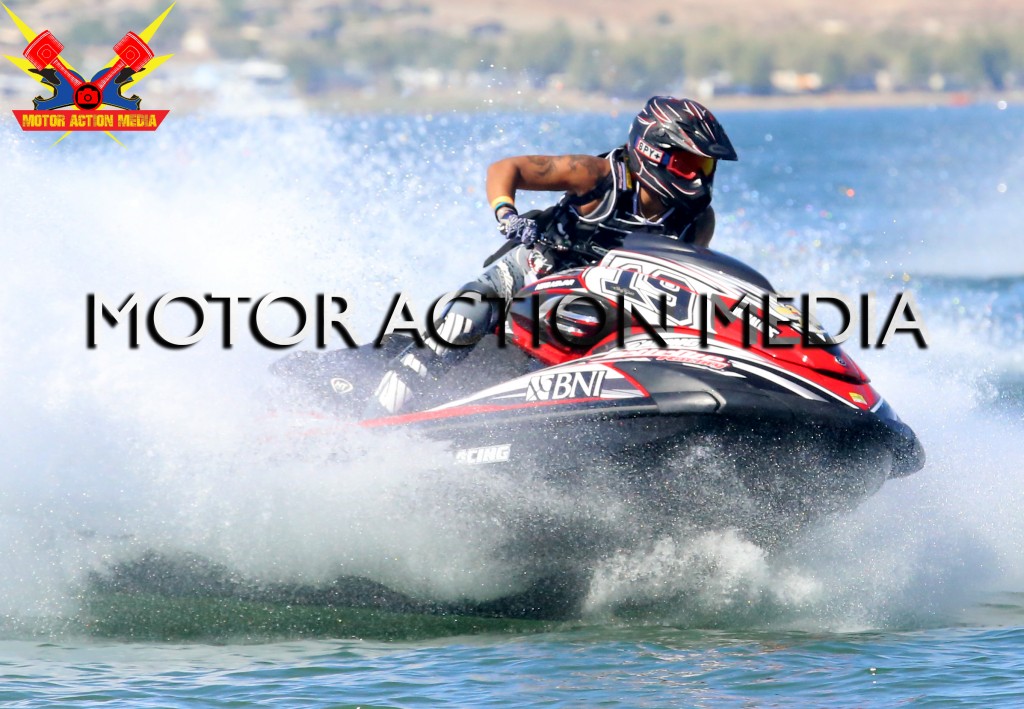 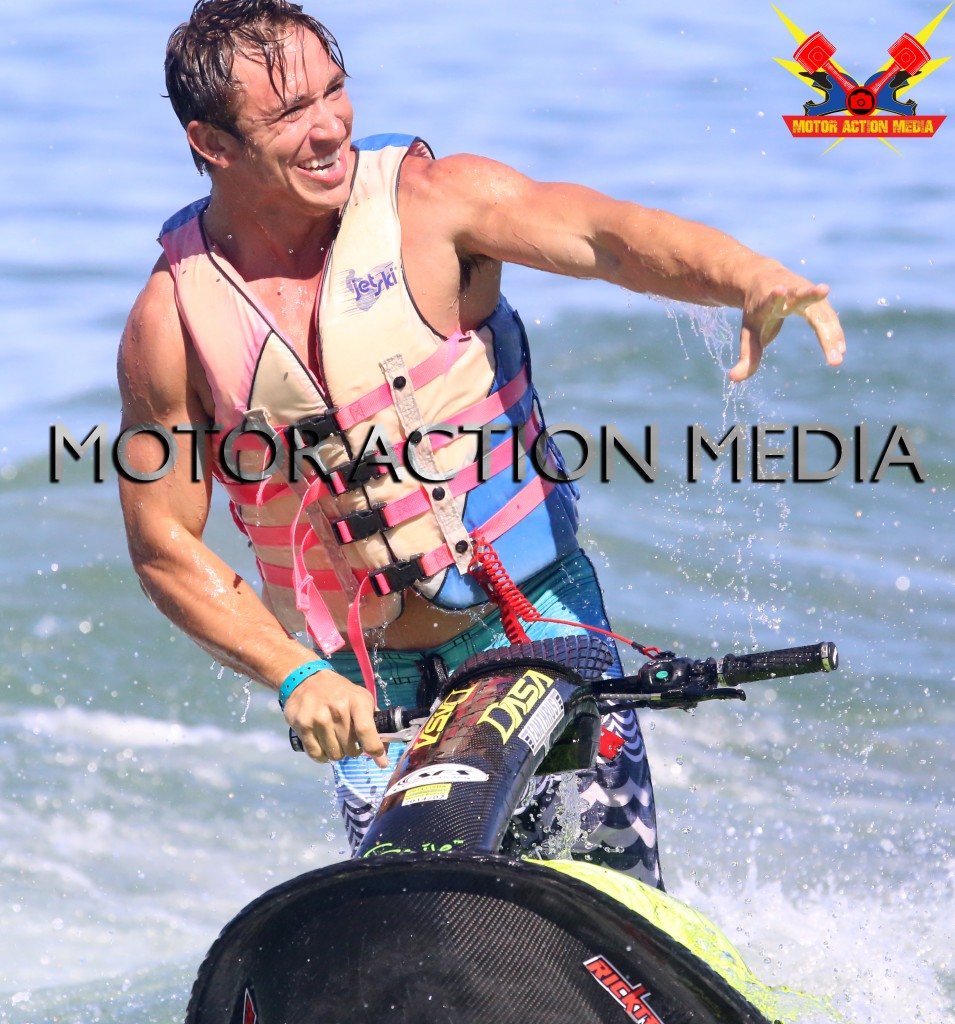 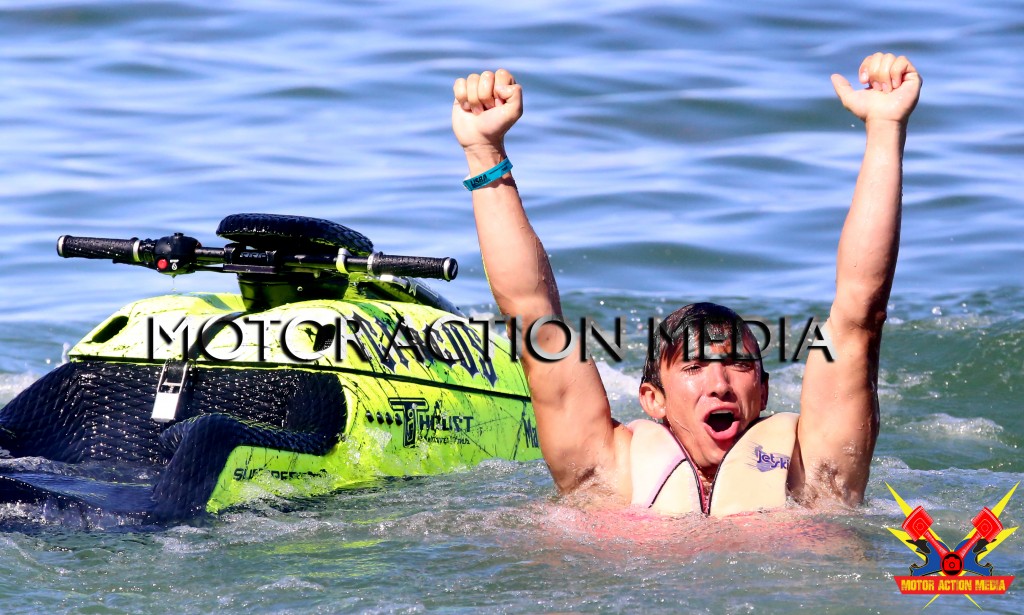 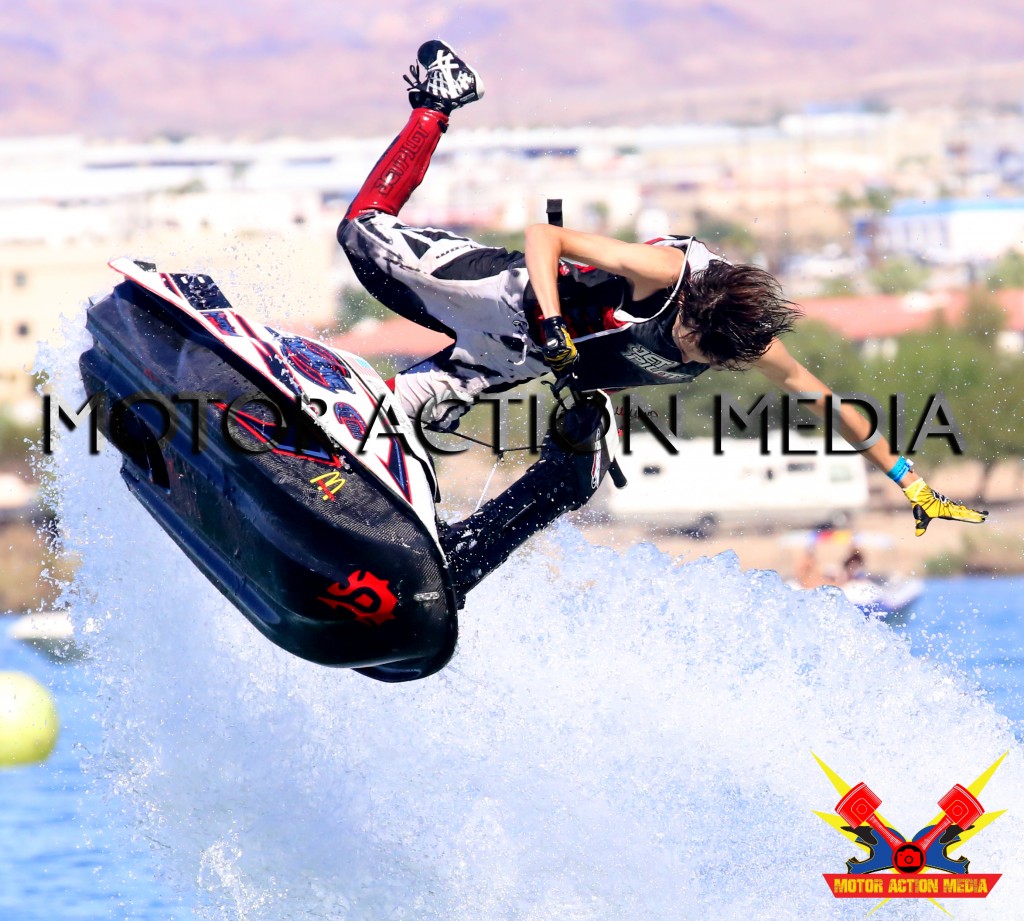 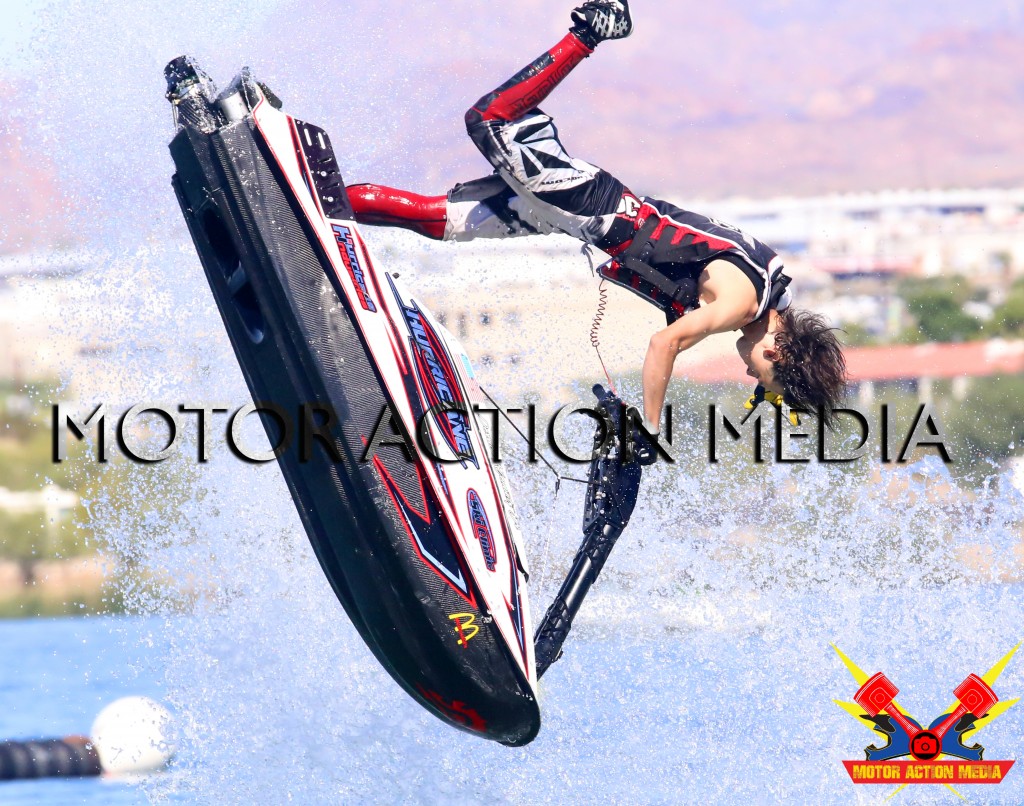 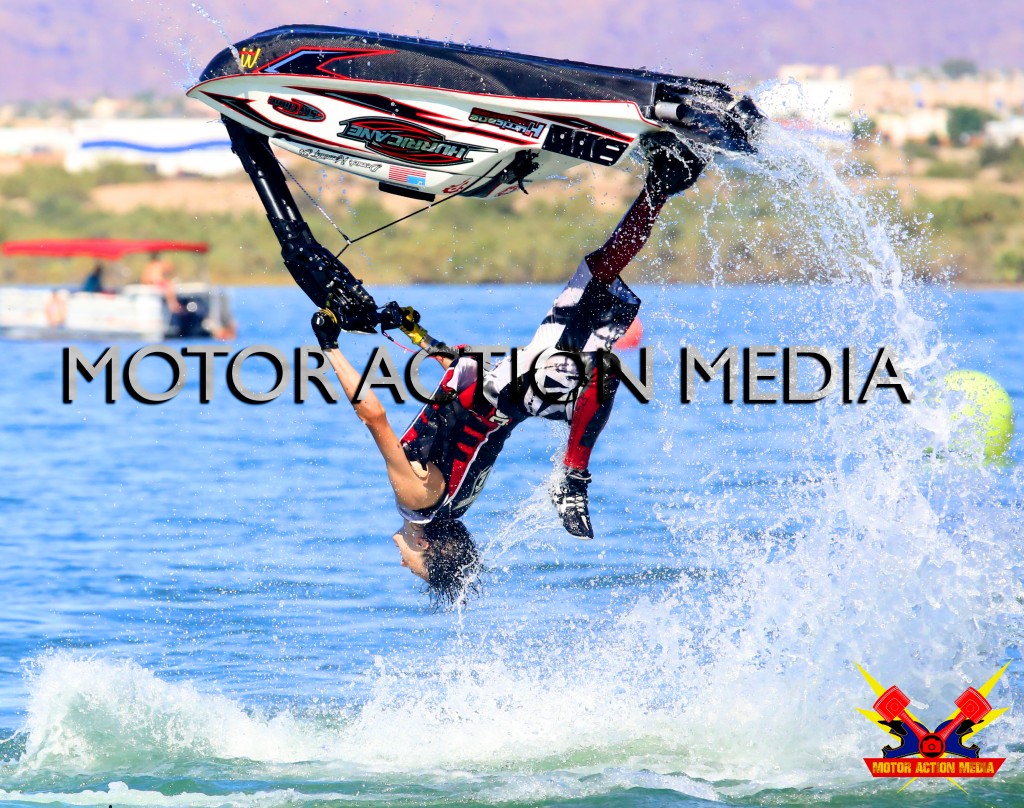 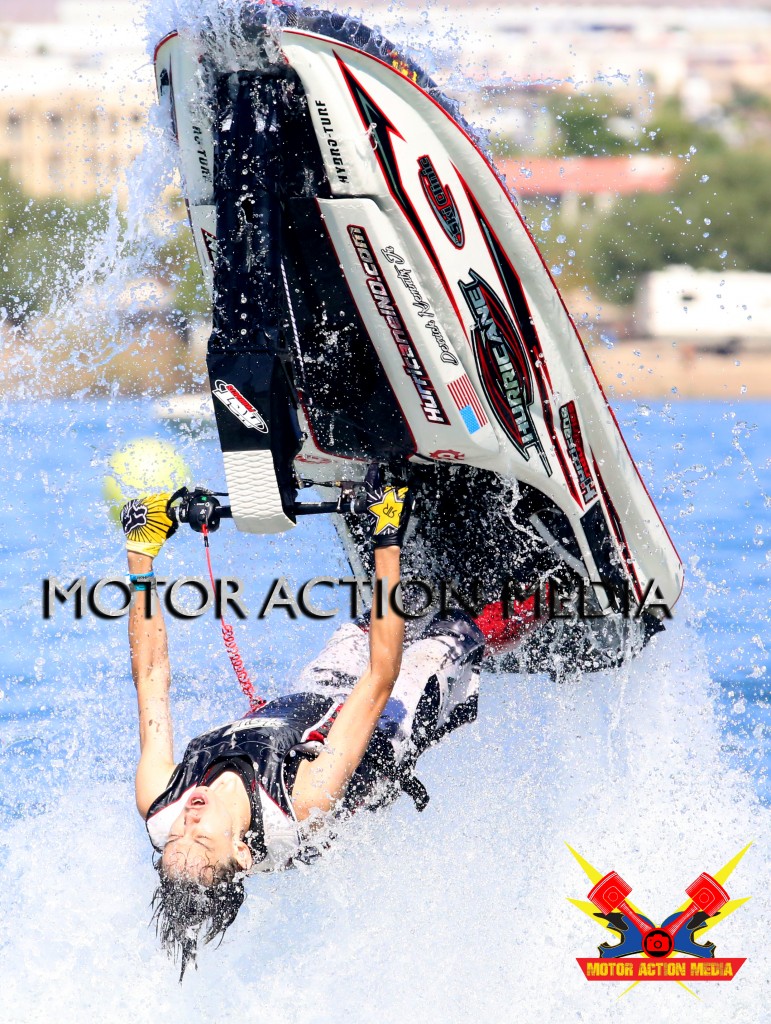 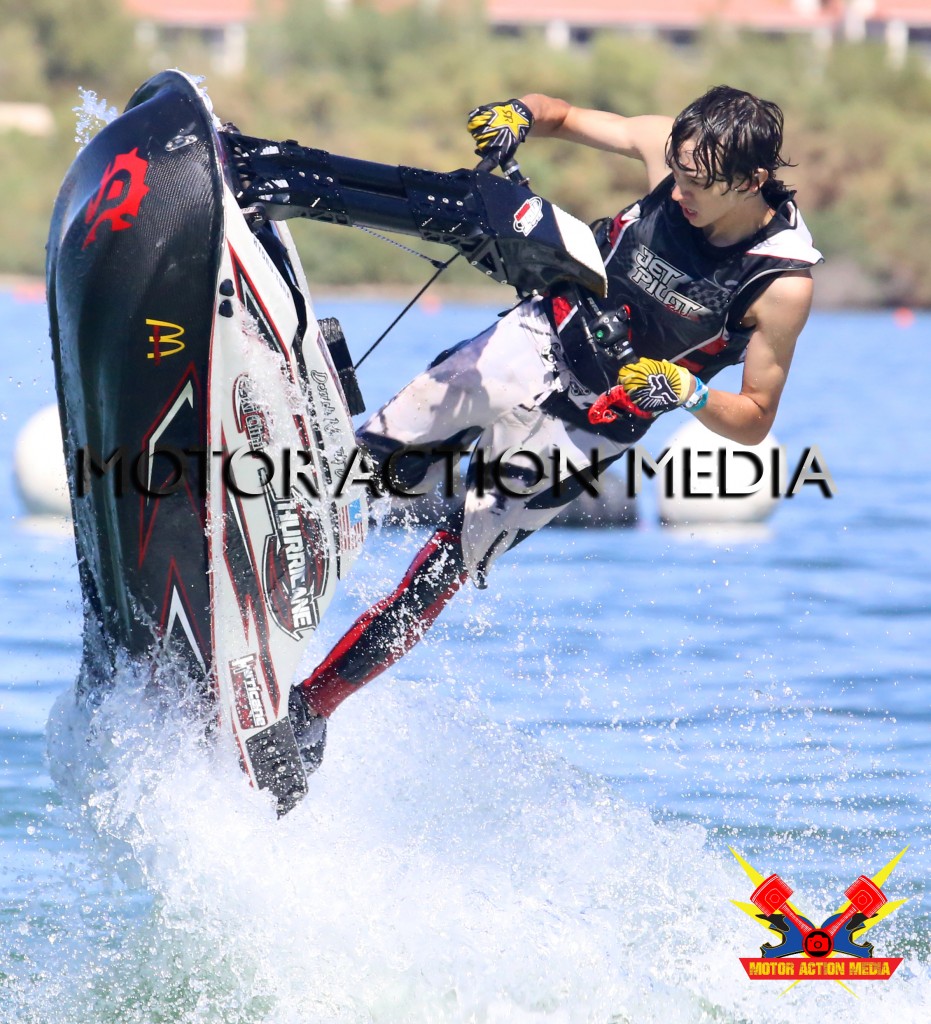 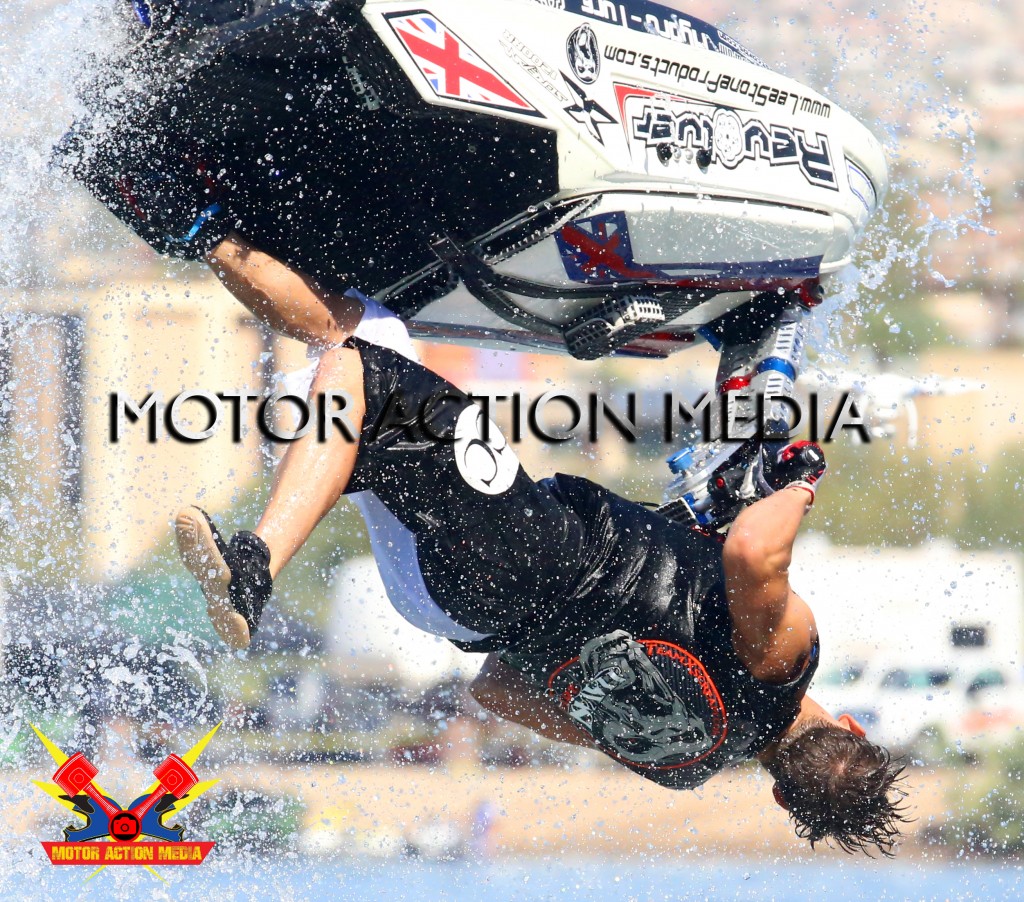 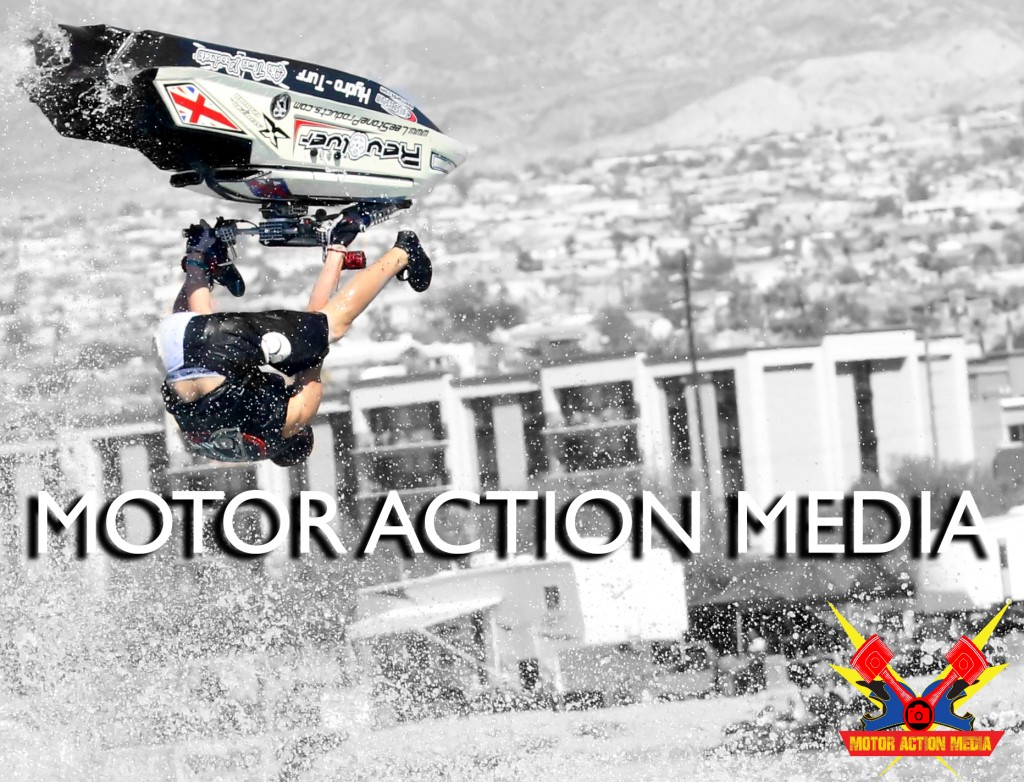 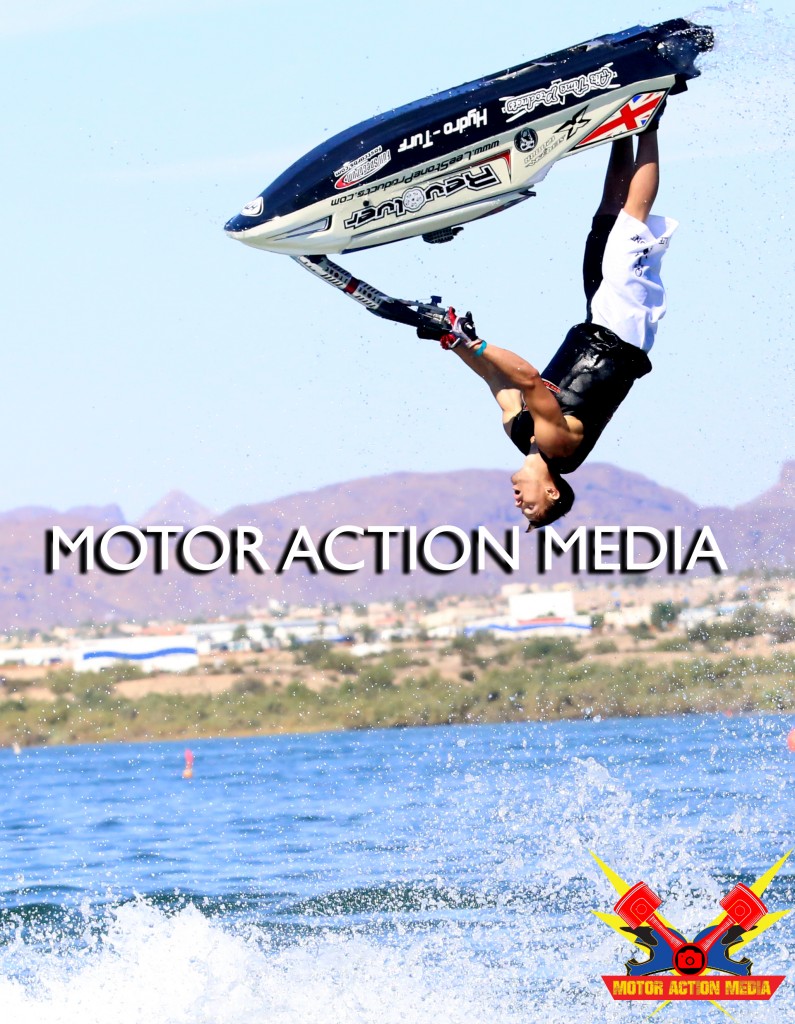 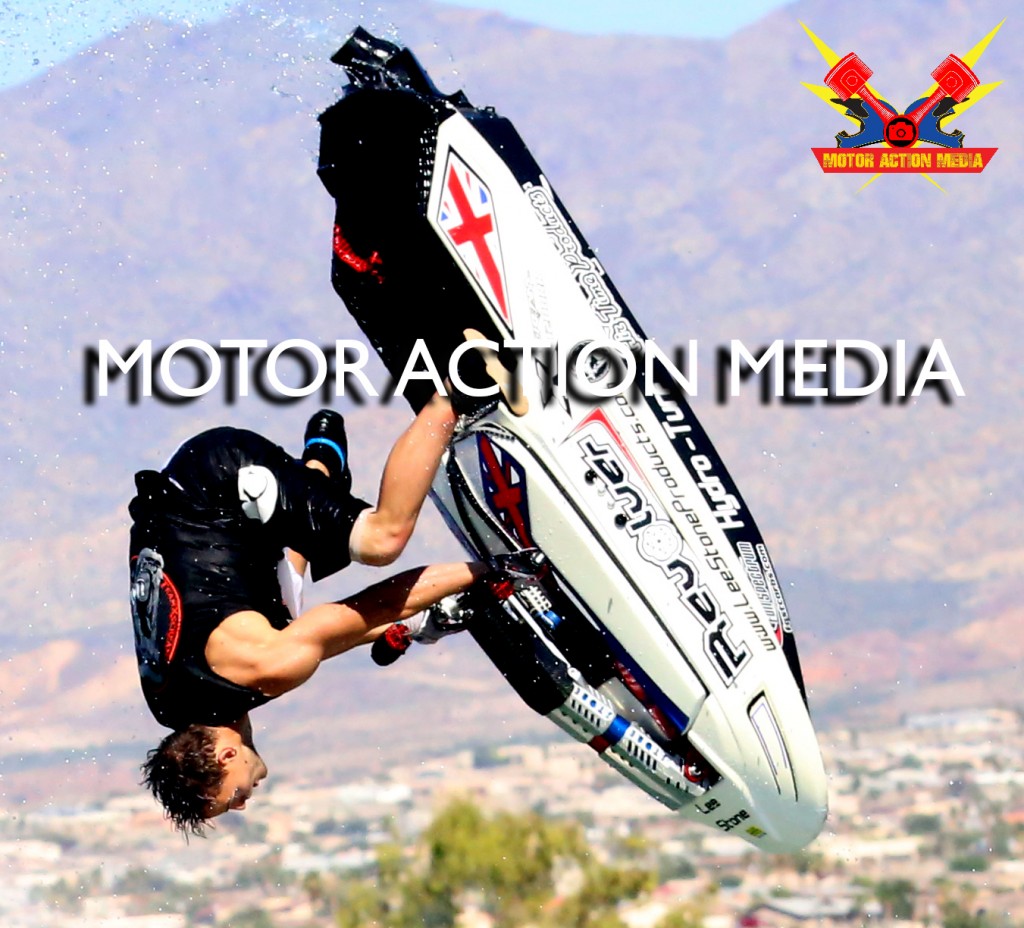 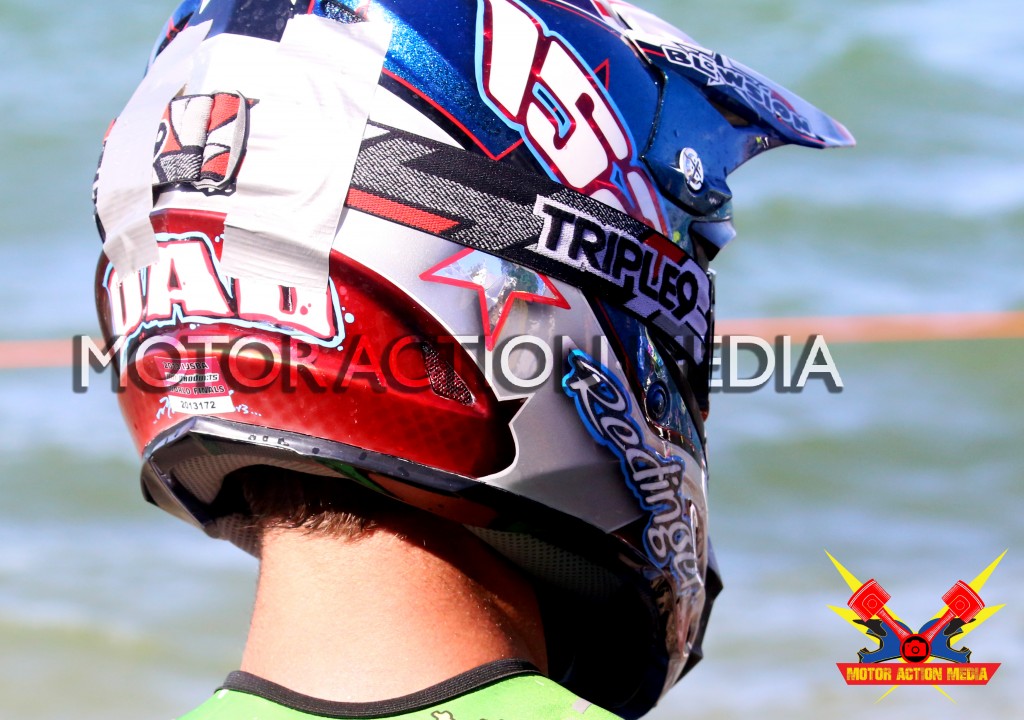 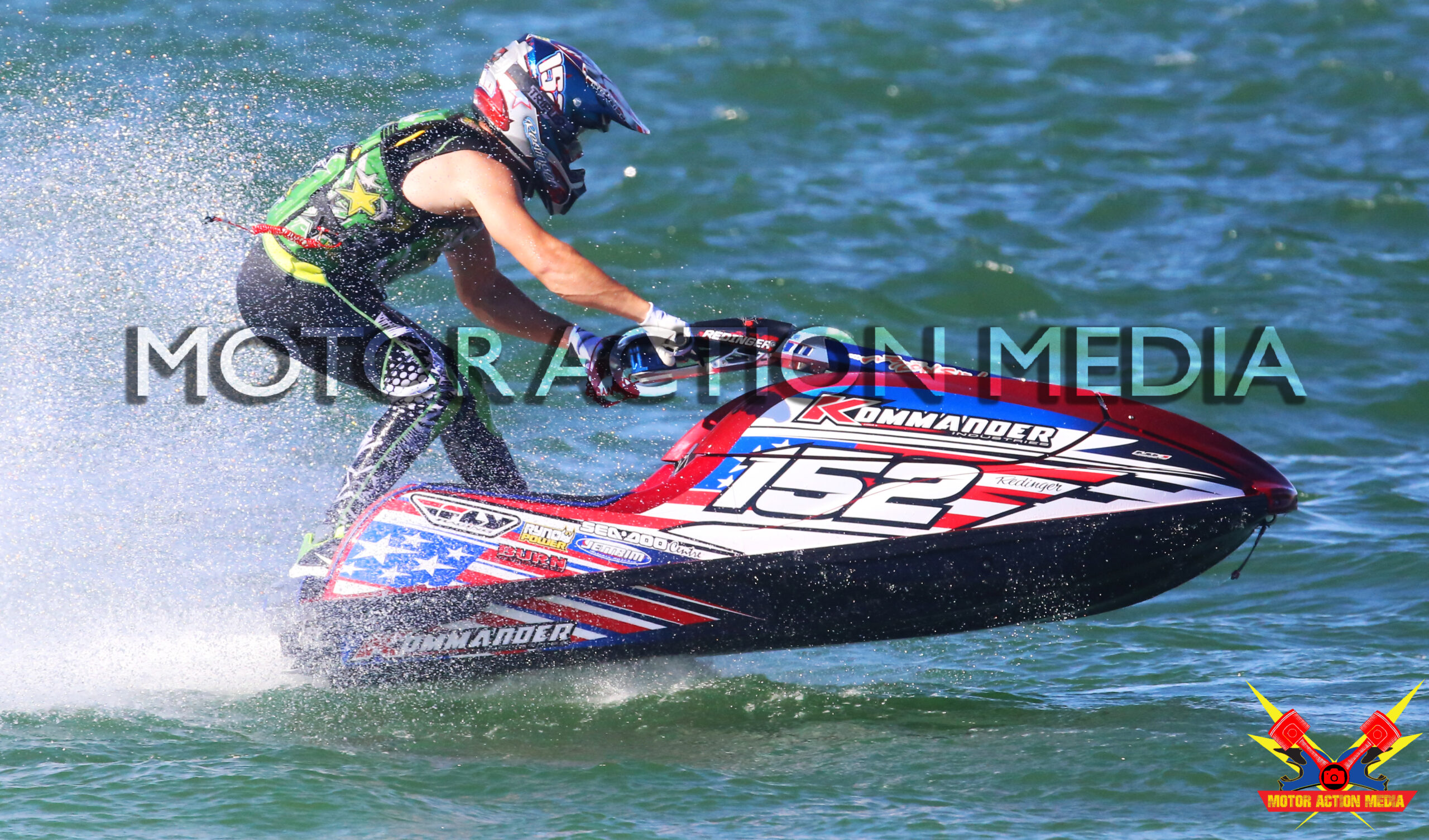 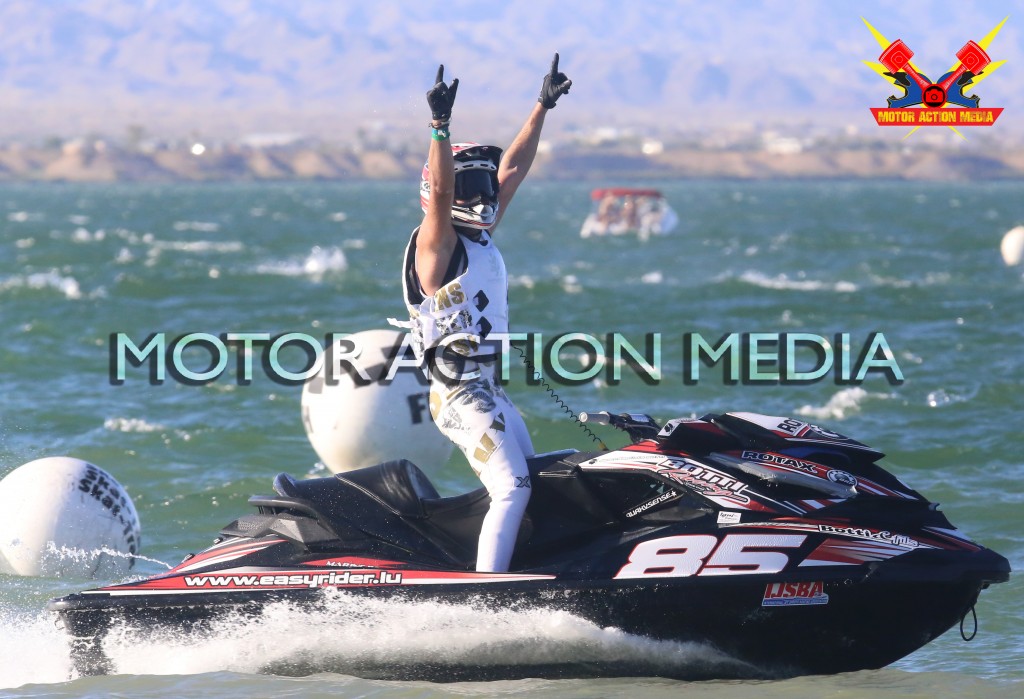 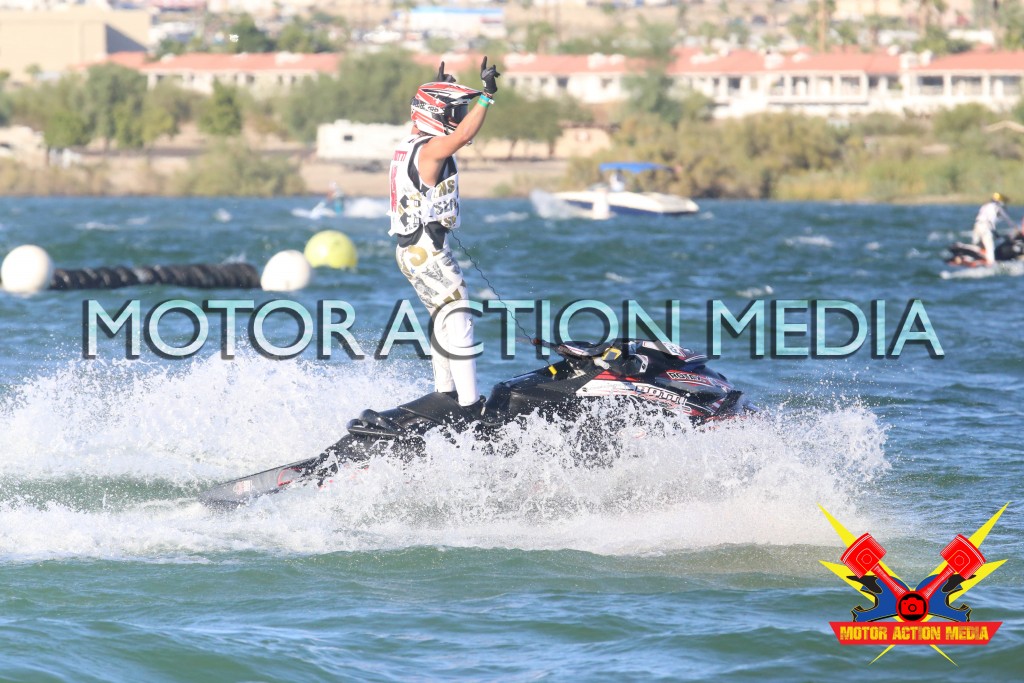 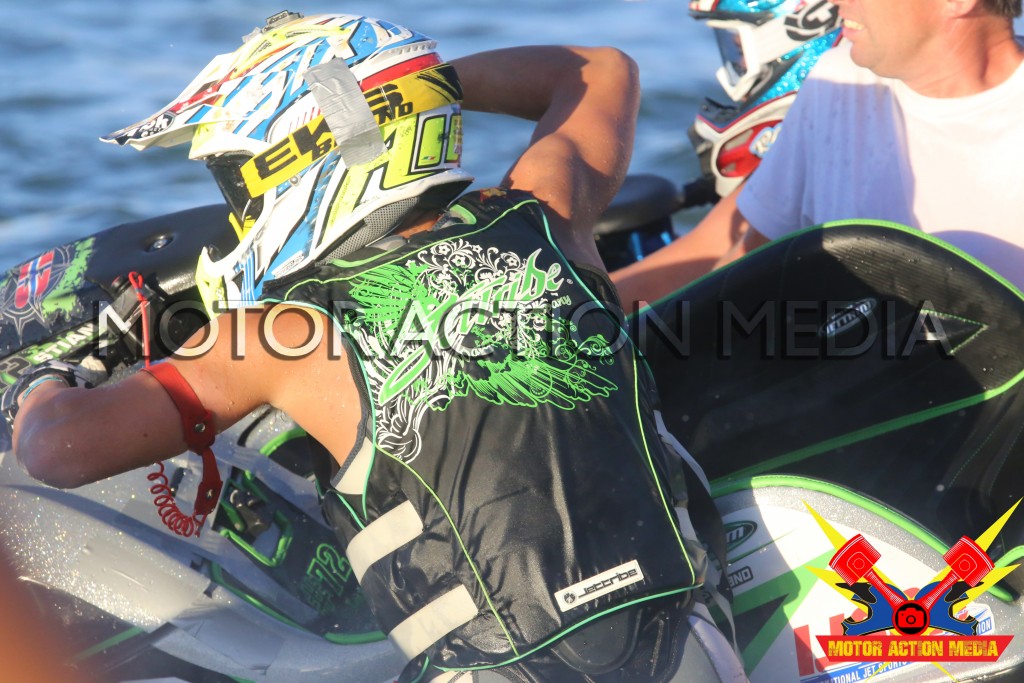 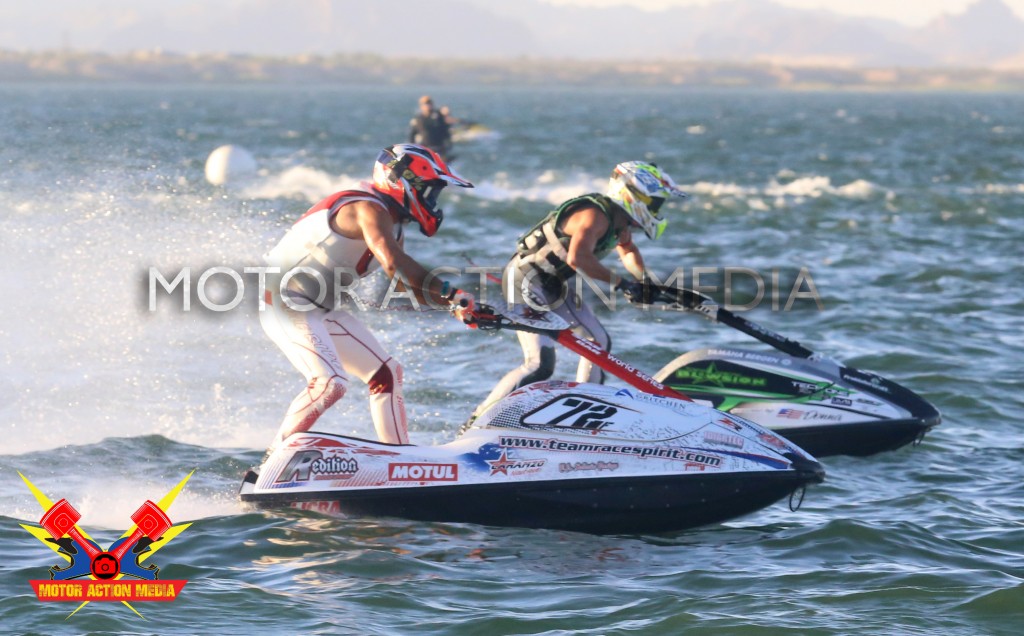