The Mark Hahn memorial endurance race returned again for 2019. Get the behind the scenes coverage from the race with one of the racers — Aryana Thayer.

Racers from over 16 nations came to the Jet-Ski Capital of the world, Lake Havasu City, AZ for the 2019 Mark Hahn.  Lake Havasu is famous for hosting the world renowned IJSBA  World Finals, and is an ideal spot for personal water craft racing. The 15th Annual (and possibly the final) Mark Hahn 300 was slated to be held off the shores of Crazy Horse Campground. Only 3 days before the race, snow was falling in the desert and the mountains surrounding Lake Havasu City. Temperatures were in the 30’s and the wind was blowing nearly 30mph but the forecast for Saturday was sunny skies and little to no wind. The weather forecast was dead on! The morning of race was calm and much warmer than the previous days. As the day grew longer, the air began to warm up even more, and the wind was calm. This provided perfect but unnatural weather for racing the 300 miles in freezing cold water. 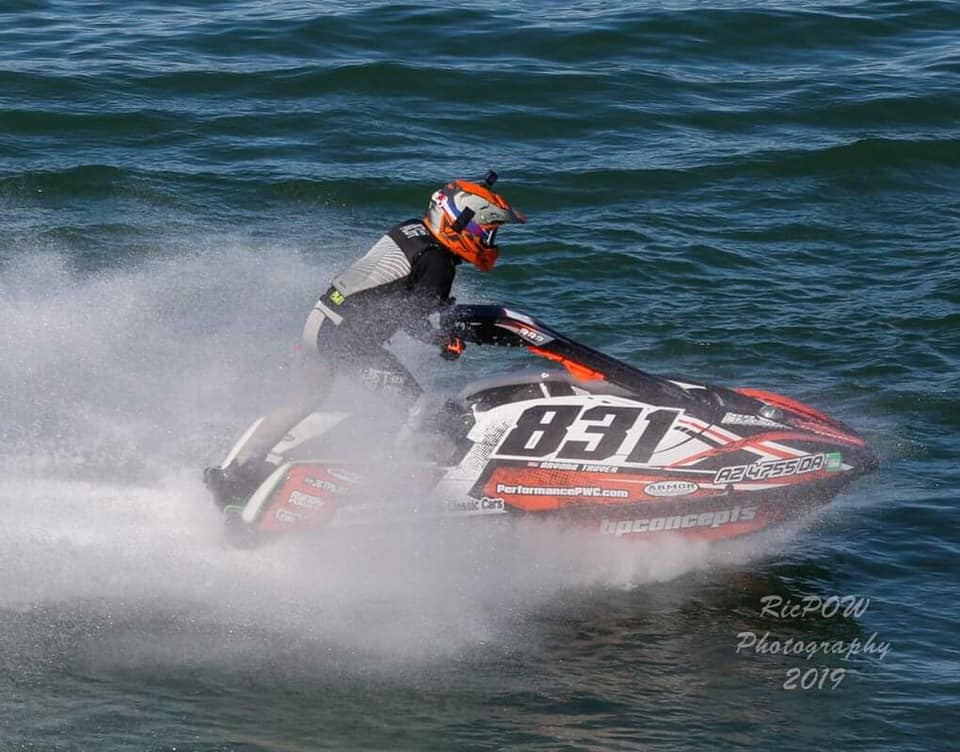 The Mark Hahn is not your average race, it’s not about just coming in first, it’s about honoring a man’s legacy and fighting just to finish the race. Finishing a 300 mile race on a jet-ski is a major accomplishment and not everyone finishes. Out of the 42 teams that started the race less than half actually crossed the finish line. With almost glass water, boats were pushed to their limits destroying engines that were set for ruff and brutal waves. Pit crews who riders faced mechanical problems, worked hard and were able to get many riders back out there to finish the race.

I heard a man talking with one of his riders after experiencing mechanical problems and he said something I believe describes what it means to race the Mark Hahn 300, “Go finish the race, cause that’s the key to this thing, okay?”. 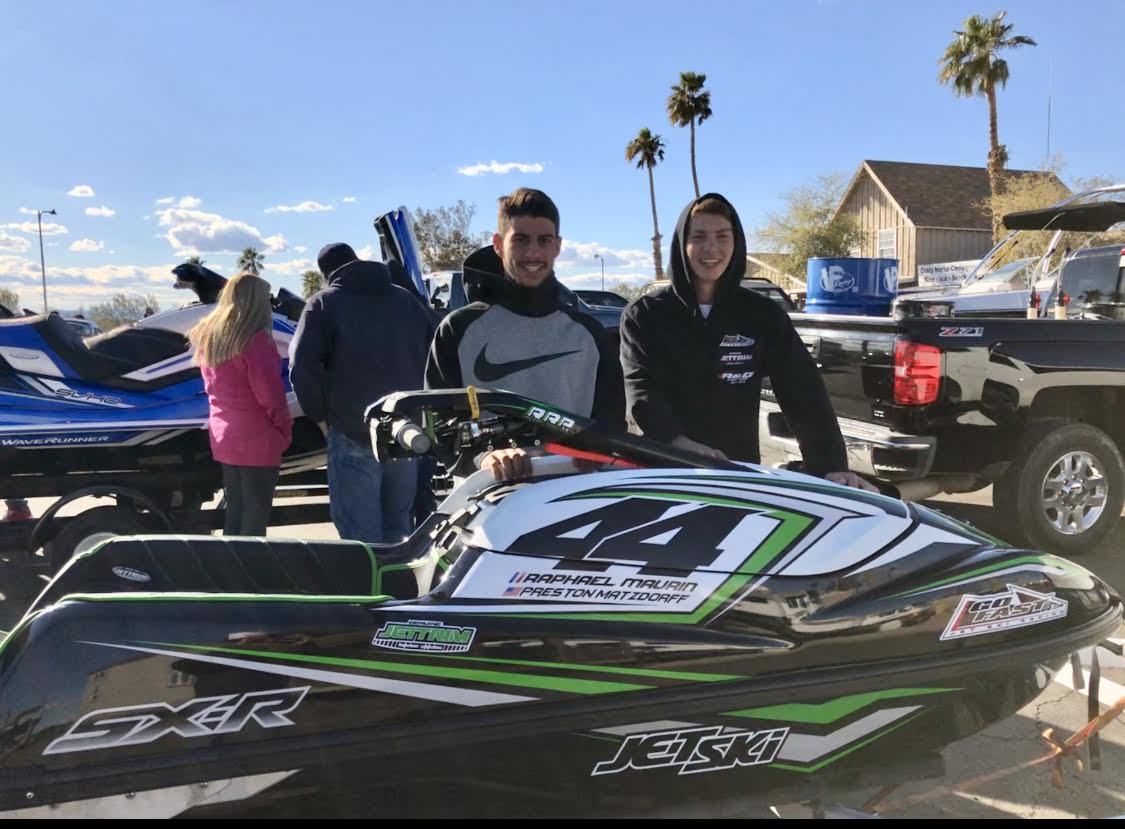 Registration opened Friday afternoon, and racers began pouring in to the race site to check-in and get their skis through technical inspection. Racers like Raphael Maurin, Troy Snyder, JB Pastorello, Preston Matzdorf, Emma-Nellie Ortendahl, JB Gasperone,Tera Laho and more showed up in force and were ready to race and honor Mark’s memory.

Saturday morning was anything but calm, other than the weather that is. By 6:30AM Trucks and skis were lined up outside the pit entrance waiting for the pits to open. One of the pit members I talked with said “Once the pits opened it was a rat race to find a spot to set up”.  Pit teams were unloading fuel, skis, gear, and portable heaters — it was going to be a great day.

The riders meeting began on time at 8AM with a speech from the officials remembering Mark Hahn, the man who the event is named after, a great endurance racer and champion for the sport whose life was tragically cut short. After reliving Marks memory race officials thanked the event sponsors and went over the rules. After the riders meeting the crowd of racers and crew members dispersed back to their pits to prepare for a day of brutal racing. 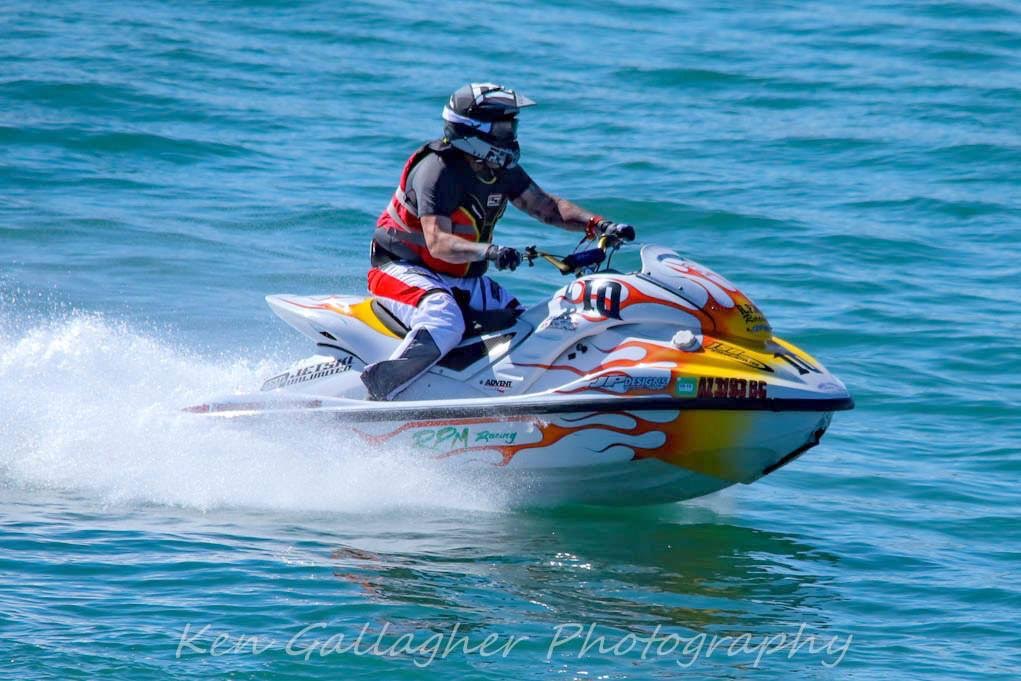 The event kicked off with a Le Mans start. In the seconds before the starting gun shot, the air was thick with suspense and anticipation. Racers were filled with both anxiety and adrenaline. Then they were off! Sixty seconds later the standup riders left the line chasing after the runabouts.

Immediately, runabout rider Jean Bruno Pastorello took the lead, until his team broke on lap 9, leaving the 58 boat of Mark Gerner to take the lead untill he broke on the last lap. Leaving Chris MacClugage the title of champion. The 202 boat of Kole Cramer took the hole shot for the standup classes and won the 4 stroke standup modified class running it as an Ironman competitor. He lead the standup classes from start to finish completing 270 miles as well as towing a downed rider back to his ski after a hard crash. 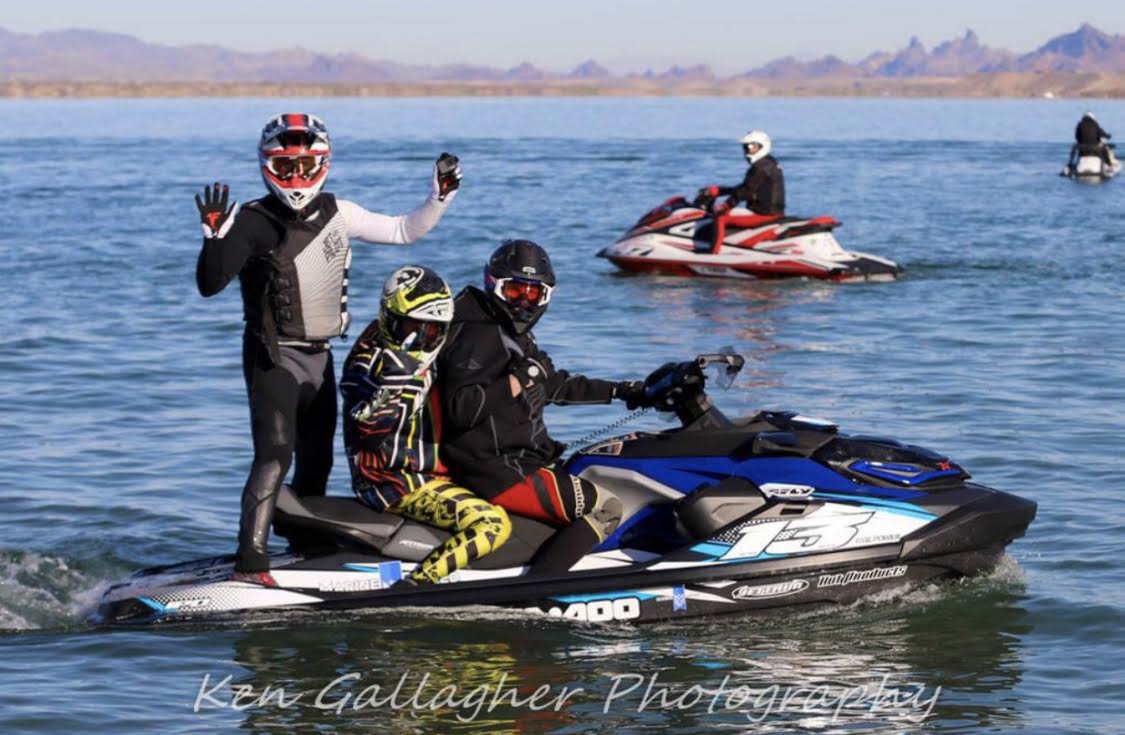 After the race and later that evening, the annual dinner and awards ceremony were held at the Lake Havasu Rods and Relics convention room and was very well attended. The trophies given at this race are no joke! Some of the biggest, coolest trophies in Jet ski racing are given away to the winners of this race and this year didn’t disappoint. 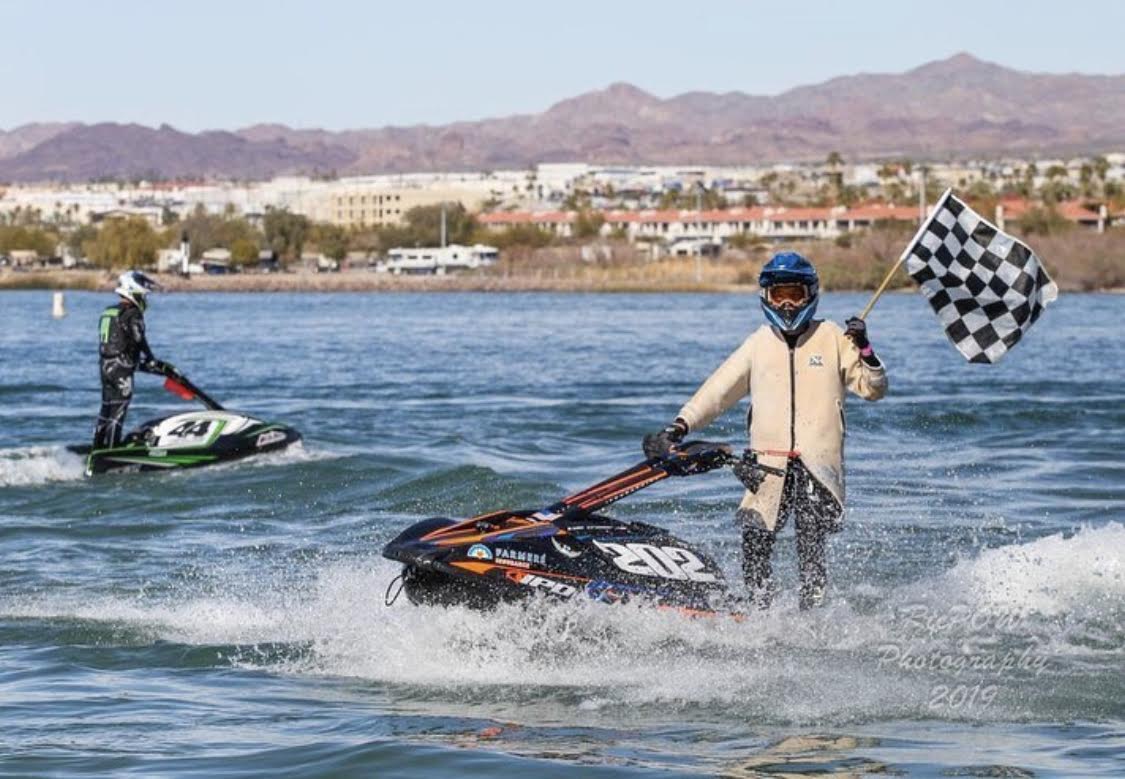 If this should be the final year of the Mark Hahn 300, we bid you farewell. For 15 years, this race memorialized a great man and provided many teams an opportunity to display their ability to endure through physical, mental and mechanical hell. We are told this race will continue as long as it has at least 40 participants, if you want to experience one of the most memorable races you will ever participate in I would highly recommend this event. It is all day non-stop racing that will challenge both man and machine. I know I will be there and I hope to see you there too.