MotorActionMedia.com interviews Coy Curtis — the talented junior rider who was one of the winners of our Social Media Award at the IJSBA World Finals.

Coy, you’re a pretty young gun in the sport. How did you get involved? How long have you been at it?

I started riding at age 4. Jet skiing has been a part of my life since I was born. My dad has been riding for over 20 years and he builds them for his job at TcFreeride. 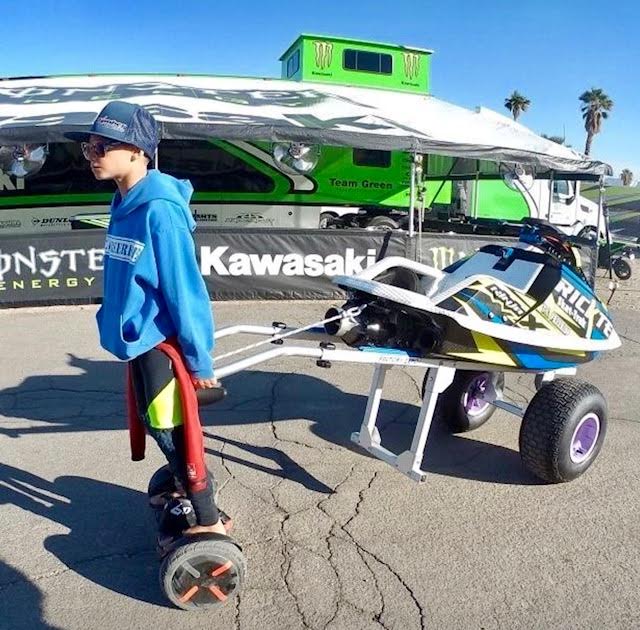 I understand this is your first year competing, how did things go?

Yes, my first year at the World finals, that was my 4th race I had been to. Things went ok, I ended up 10th overall in my class but had very windy conditions on our day to race so wasn’t the best but tried my best to stay on my boat. Being 8 in the 10-12 class I can’t complain.

I understand your dad has some roots in freeride and freestyle, what made you want to race?

I have been racing dirt bikes for the last two years so when summer came this year it  was kind of a natural desire to want to race on the water, We decided as a family why not lets try it. I have the bug to race so lets go for it. So we went to the first race not really knowing much about the racing side of the sport, but everyone has been very welcoming and have made some cool friends.

I have seen you out demo-ing the new “Mini Rickter”. What was it like riding in front of the audience at the World Finals?

Yeah! That was something we didn’t even know was going to happen until we were on our way to Havasu. We got the NinjaX the day before we left so I had no time on it, but was able to get a few days on it before the weekend. I had a blast out on it in front of the crowd, it doesn’t make me  nervous, I like it. 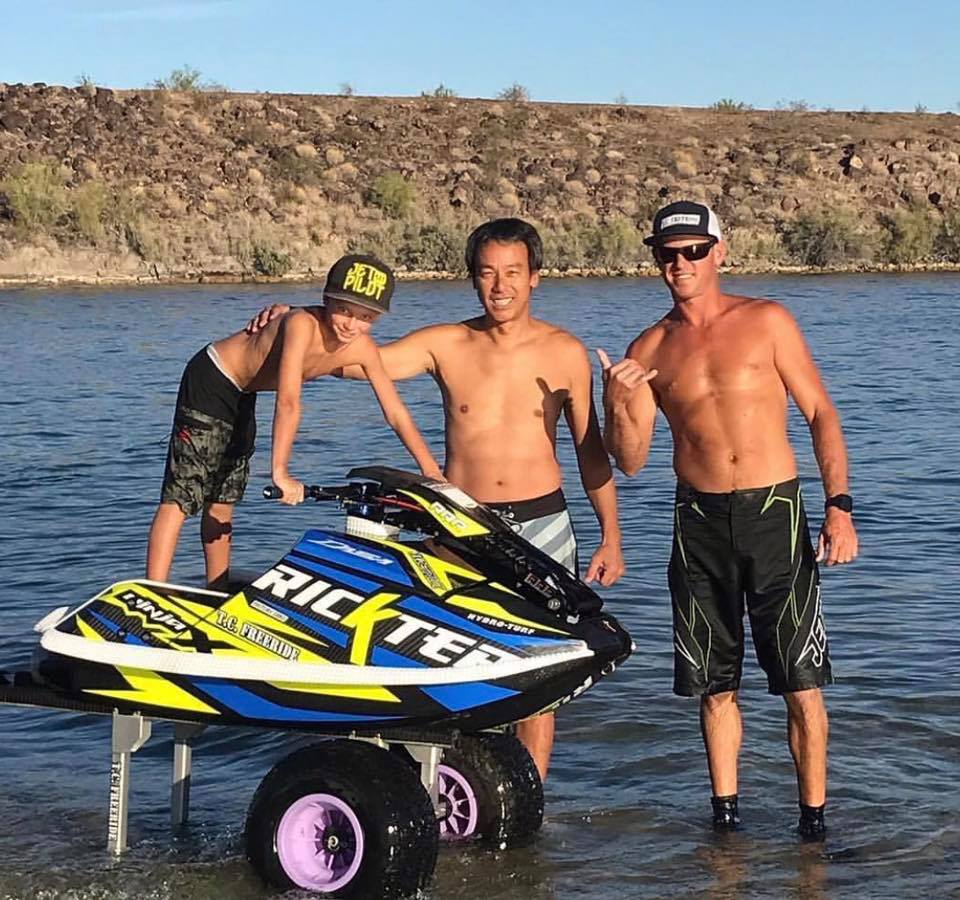 Could you tell me about your Jet Ski(s)? What kind are they?

I have a 2016 Yamaha Superjet and race in any  10-12 classes that they have. Now have the new NinjaX to do freestyle and freeride on. As a family we have a Rickter Edge and Rickter XFS that I will frequently hop on and play around. All skis are built by my dad at TcFreeride.

What advice do you have for other kids who might be a little nervous about starting to ride?

To just have fun! what ever ski you have it doesn’t matter, just have fun. The more you spend time on it the better and more confident you will get. 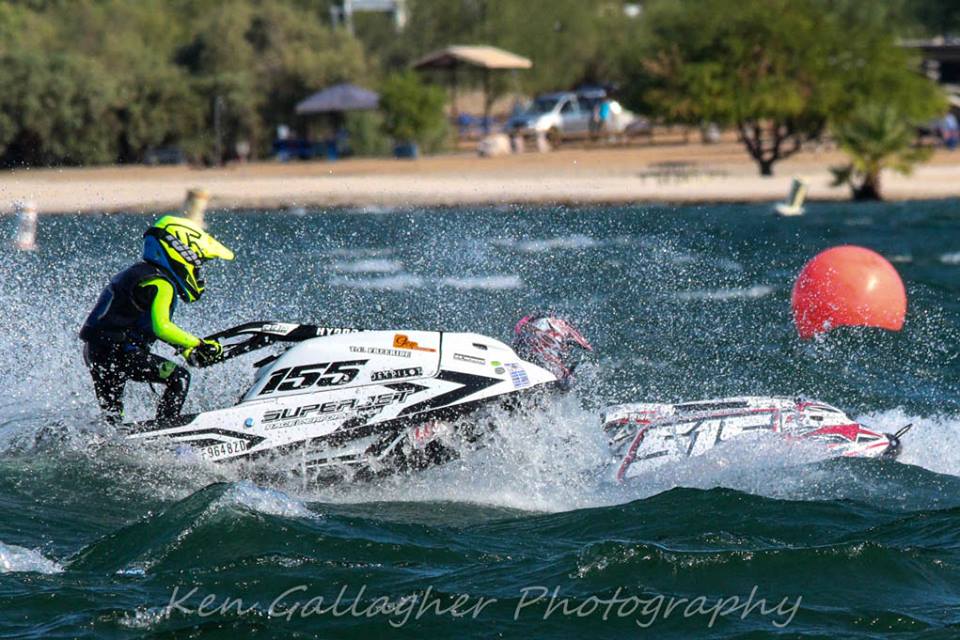 You’re just starting out — what goals do you have for next year?

My goals for next year is to do as much racing as possible and complete some of the series races and would love to come back to world finals next year and move up from 10th and in the top 5. I also want to do a backflip on my NinjaX!!!!

Who are some of your favorite riders, and why?

I would have to say my dad in the surf, Mark Gomez, Tanner Thomas and Abraham Ho, these guys are amazing and are like my big brothers we spend a lot of time with them and are so fun to ride with. 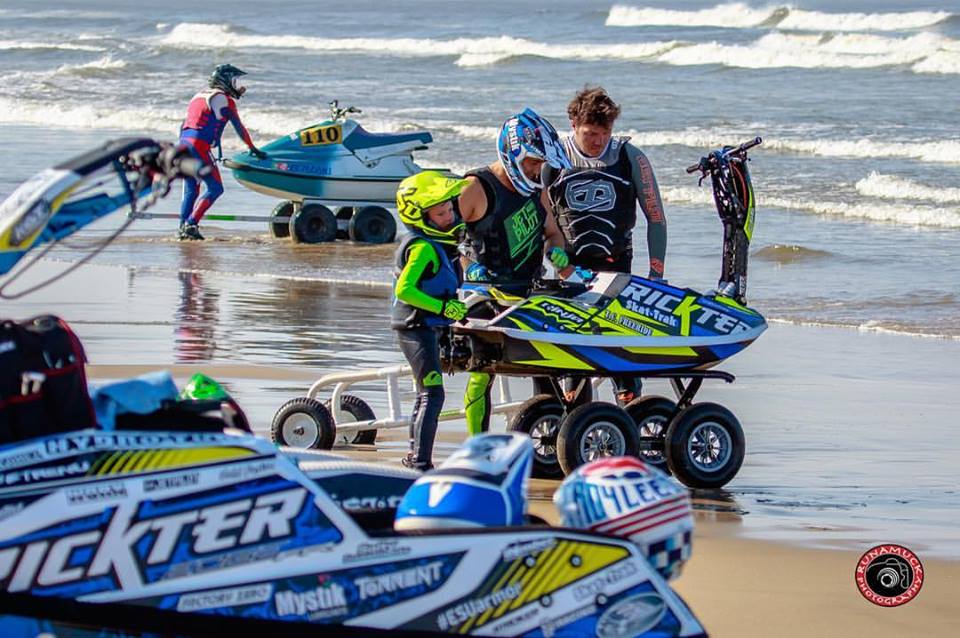 What events do you plan on attending next season?

I plan on attending the RPM and Jet Jam series and maybe some other races along the way, world finals and some freestyle events.

I would like to first thank the Lord Jesus Christ for blessing me with so much and of course my family and extended family of riders and sponsors TcFreeride, Jet Pilot, Dasa, Skat Track, Rickter, RRP, 6D Helmets, Hydro Turf, Gou Relocation, Ogino Hiroyuki.